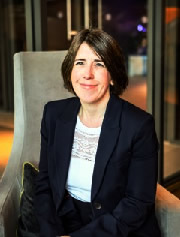 I was initially attracted by the opportunity to mix owning a business and, please
forgive the cliché, to help people.   As an associate, it was the business elements ofdentistry that put me off working in practice and so I focused on the second reason for becoming a dentist, and went down the hospital route. It has given me all I wanted - the ability to make a direct difference to my patients’ lives; to be part of a great team and more recently to be able to provide healthcare leadership. I’m driven by the need to make things better for children, but I am impatient. I like to see results!

I graduated from Bristol Dental Hospital in 2000 and then moved to work as a General Professional Trainee in Newcastle Dental Hospital between 2000 - 2002, followed by a year as an associate and as an Honorary Clinical Fellow. I have also completed short placements in Dental Public Health and the Community Dental Services before commencing Specialist Training in 2003. I had a brief placement in Adelaide Children's Hospital as a Senior Registrar before returning to the UK to complete higher level training and an MPhil in dental erosion. I was appointed as a Consultant in June 2009. I developed the Adolescent Intravenous Sedation Service which began in November 2010 and provides care for highly anxious people and was the recipient of a Research for Patient Benefit Grant which supported my team to investigate the patient acceptability of intravenous propofol sedation in adolescent dental care. I am media spokesperson for and President of the British Society of Paediatric Dentistry, an organisation which aims to improve oral health in children and encourages the highest standards of clinical care. I Chair the Greater Manchester Paediatric Dentistry Managed Clinical Network – a group which is working to improve children's oral health and Paediatric Dental Services across Greater Manchester. I also write toothfairyblog.org which aims to provide pragmatic, evidence-based information for parents on children’s oral health.

Becoming President of the British Society of Paediatric Dentistry was a huge honour and has provided me with a platform to be heard as an advocate for children’s oral health.  On my first day as President I launched BSPD’s Dental Check by One Campaign (https://www.bspd.co.uk/Dental-Check-by-One) – a campaign which has resulted in increasing numbers of young children accessing NHS dental services.  To be honest though, I think my greatest achievements are yet to come – I’m only just getting started!

And how right Claire proved to be – she was awarded a CBE in the 2019 New Year’s Honour’s List the only dental professional to be recognised at that time, utterly brilliant and richly deserved, (ed).

Believe in yourself, you will find your way.  Surround yourself with a team of like-minded individuals who challenge, support, encourage, and understand you.  This network is key.  Collaboration is essential – nurture relationships, build bridges, take care of and value your team and they will take care of you.

I have had so many people influence and guide me throughout my professional career.  As a second year undergraduate, I listened to Peter Crawford and decided there and then to specialise in Paediatric Dentistry, a decision I have never regretted.  His passion and enthusiasm was inspirational, and I don’t use that term lightly.  Peter mentored me throughout my undergraduate years and beyond.  It was very appropriate that it should be him to welcome me to the Consultants in Paediatric Dentistry group some years later.  I also have to single out Dr Paula Waterhouse who mentored me during my Specialist training and remains a friend today and Prof Iain Mackie who encouraged and supported me as a new Consultant.  I still seek his wise and sage advice although he is very much retired.  From a media perspective, Caroline Holland has invested a huge amount of time in me.  She has helped me to drive forward our media plan for BSPD. She is our secret weapon!

Put simply, I would not be where I am today without the mentoring I have received.  Throughout my life I have had the privilege of being guided, supported and encouraged by a team that drives me to be the best I can be.  In turn I hope that I have made a difference to the lives and careers of the trainees that come to work with. Nothing gives me greater pleasure than supporting a trainee to progress and carve out their own niche.  It is a real privilege to teach and nurture paediatric dentists of the future.