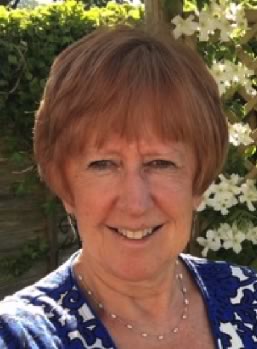 Where did you qualify and when?

I wanted to enter a ‘medical specialty’ with lots of contact with people and was good at crafts using my hands so dentistry seemed a good option (and my Mum very sensibly suggested to me that there would be less ‘on call ‘with dentistry which would be better when I had children!!!! My Mum was of the generation who gave up her job when she had children – and was obviously concerned for my future if I was to work and have a family!!

I have recently retired but when I finished work I was Clinical Director of the Community Dental Service (CDS) in Gwent (Aneurin Bevan Health Board) and Consultant in Special Care Dentistry (SCD). I also chaired the South East Wales Managed Clinical Network for SCD and was the Training Programme Director for SCD in Wales.

My career began in the hospital and community dental service (CDS) when I qualified and I soon realised that my future lay in the CDS. I completed my post graduate training in Kings in London. I was always passionate about providing care for vulnerable groups of patients and qualified when the CDS was developing its role in caring for adults and children with ‘special needs’ as it was termed then. This became my career crusade! I became involved with the British Dental Association (BDA) to advocate for care for vulnerable groups and chaired the Central Committee for Community and Public Health Dentistry from 1995-2003. I became a Specialist in Paediatric Dentistry and was very much part of the early development of the new specialty of Special Care Dentistry (SCD). During the 1990s I became active in our Special Interest Group in SCD in Wales and in the British Society for Disability and Oral Health (BSDH) and the overarching International organisation (IADH) completing a term as Honorary Secretary, and President of BSDH and then becoming Chair of the Executive committee during the years of developing standards in SCD and fighting for the specialty of SCD in the UK. The specialty was established in 2008 and I became one of the first specialists in SCD and one of the first consultants in SCD in Wales – a very proud and emotional time after many years of lobbying. This meant we could develop proper training pathways in SCD and I became the first Training Programme Director in SCD in Wales. In the meantime, I became only the third woman and first community dentist to be President of the BDA in 2006. I was awarded an Honorary Fellowship from Cardiff University for my contribution to SCD. It has been a pleasure in recent years to start training young dentists in SCD and give them the opportunities that I did not have when I started my career.

Throughout this time the driver for all this work was my patients. All my patients, adults and children had a medical, physical or cognitive disability and many of them I worked with for over 20 years. I tried to support them at every level becoming a member of the Board of the Health Board for whom I worked, as well as being a member of Welsh Government committees to influence policy so that the CDS and vulnerable and disabled people were never forgotten. I was committed to ensuring that the CDS was not overlooked by the BDA in a profession where most members worked in General Dental Practice.

I was invited to be on the Board of Dental Protection Ltd for the last 10 years of my career and was honoured to receive an Honorary Fellowship from the Royal College of Surgeons of England in 2016 and an MBE in 2013 for my services to dentistry. In 2018, after I retired I was made an Honorary member of the International Association for Disability and Oral Health. I have always felt very privileged to have had so many opportunities in my career. My life has been enriched by the great friends I have made in dentistry across the world and most of all by the care I have been able to provide for my patients. I consider myself to be a very lucky person.

It is difficult to mention just one! My most memorable achievements have mainly been with my patients! Taking a tooth out with a local anaesthetic in an adult with a learning disability who initially would not cross the threshold of your surgery is a huge moment and there were many of those! Similarly ensuring one line about oral health in a Welsh Government document dedicated to diabetes is a great achievement!!

But I did feel enormously proud when my last trainee in SCD won the award for the best trainee in Wales amongst all the medical and dental trainees in the country!! The trainers and shortlisted trainees were invited to the awards ceremony where the winner was announced by the Minister for Health, and the Chief Dental Officer from the Welsh Government and it felt a bit like the pinnacle of my 40-year long career seeing Claire receive her award in a cauldron of excitement! Special Care Dentistry had finally made it!

My parents always used to say to me ‘you get out of life what you put in’. At the time I did not really think too much about it but with hindsight it was really good advice. I would say follow your passion and fight for what you believe in, and always make sure you practice what you preach!

My mentors have been ‘unofficial’ mentors really. They have been the people in my career for whom I have had great respect and have therefore wanted to follow. I was lucky enough to be taught by Neil Swallow as a student. He was one of the pioneers in providing dental care for people with disabilities in the paediatric dentistry department in Cardiff and developed my interest in paediatric and SCD.

Roland Williams was one of my early bosses in the CDS and a real leader within dentistry in Wales. He asked me to stand for my first BDA committee and encouraged me through my early days of representing other dentists but sadly died at an early age.

There have been so many more but I think it is those who help you early on in your career that you perhaps recognise most.

Formal mentoring has been a relatively new concept in my career. I think I have always looked for advice from those I respect and chosen my own mentors for myself.

In a less formal sense, for others as a clinical director I have felt it my responsibility to mentor all my staff or to ensure appropriate support and advice from others. Our appraisal system has allowed us to develop appropriate mentoring for individuals. Similarly, our trainees have their own supervisors but I also act as mentor as the Training Programme Director.