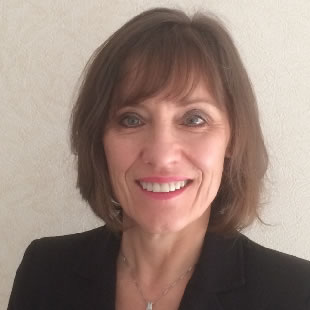 Where did you qualify? And when?

Glasgow University  1982. I graduated as top graduate jointly with another woman

Most of my life I wanted to be a PE teacher, as sport was my life. I changed my mind when I was about 14 year’s old, as both my friend’s parents were PE teachers and they talked me out of it for two reasons. Firstly, their backs were bad with a lifetime of sport, and they felt that their academic abilities were overlooked, yet they were both very academic in addition to their sporting prowess. I had no idea what I should do, so I went to various events regarding careers and after going to an event relating to careers in medicine, dentistry and veterinary medicine, I loved the thought of dentistry and applied for the three Scottish Dental Schools, and was lucky to get my first choice.

Currently I am a practice owner, with two partners, in the lovely seaside town of Troon. We set this up as a ‘squat’ in 1993 and very quickly had a successful mixed NHS/private practice. I am also a Trustee for the Dentists’ Health Support Trust, a charity that supports dentists who have substance misuse difficulties or mental health issues.

After eleven years as an associate, I set up a ‘squat’ practice, in the seaside town of Troon, with two partners and I have now been practising there for twenty five years. I have always liked to mix clinical dentistry with other interests and became my Health Board’s Dental Practice Adviser (DPA) when I decided to leave my clinical teaching role. I continued in the DPA job for fifteen years. The DPA role involved both mentorship and pastoral support of fellow GDPs; I found it both enjoyable and rewarding to help people in difficulty. Another part of the DPA role was to provide GDPs with treatment plans for complex cases, and this was also very rewarding.

I have served on many committees and groups over the years, several of which were involved with quality and standards improvement, which have always held a special interest for me. This culminated in being invited to be joint chair, representing the NHS, of the mixed NHS/private committee set up to develop the National Standards for Dental Services in Scotland.

I still currently work as a partner in general dental practice, and am a Trustee of the Dentists’ Health Support Trust and Programme.

I have always loved clinical dentistry and regard it as a privilege to be in a profession which has provided me with both a very enjoyable career and a good standard of living.  I feel very lucky to be part of a profession which also lends itself to being a wife and mother as well as a dentist. I have happily combined a great marriage and two wonderful sons with a marvellous profession.

Apart from setting up and maintaining a very successful practice, being invited to be joint chair, representing the NHS, of the mixed NHS/private committee set up to develop the National Standards for Dental Services in Scotland.

What advice would you give your younger self on qualifying:

I would reiterate what I have always believed in; that is to spend a great many years consolidating one’s skills before thinking about making money.

When I did my House Officer post in Conservative Dentistry, my Consultant mentor Norman Tulloch influenced me immensely, because he was so passionate about the profession, very hard working and was an amazing teacher.

I used it in my 17 years when I did part time teaching in restorative dentistry with undergraduates and in the 15 years as Dental Practice Adviser for my Health Board. In the latter job, a large part of the role was to be supportive and pastoral.