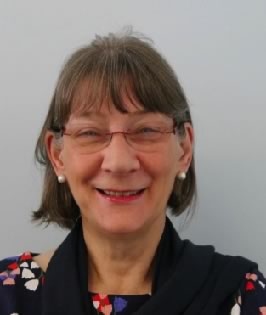 Where did you qualify and when?  Edinburgh 1978

Short answer – I was always keen on health subjects and I looked at the course, thought it would be interesting and that I would be able to get a job at the end of it.

Long answer – having been to 3 different primary schools, one in Cheadle and two in Edinburgh at a time when there was no national curriculum this meant that my primary school education to, put it mildly was, inconsistent. For instance, they all seemed to have done history and geography before I got there or kept it until I had left. To this day my knowledge of these subjects is still behind others. Anyway I decided when I started secondary school that the only subjects I could pursue with anything like a level playing field was the sciences and Latin, both of which I enjoyed. I wasn’t a natural physicist and I have to admit that watching ‘Up Pompeii’ the night before the exam greatly helped with Latin. Anyway this inevitably led me to consider science as a university course (see above).

I am Chief Dental Officer for Scotland so I am the main professional adviser on all aspects of dental policy and service provision to Scottish Ministers and the Scottish Government.

When I qualified my first love was oral surgery and I applied to become a house officer at the Royal Infirmary in Edinburgh. A better candidate got the post and I was told to come back in six months when I had learned to drive. I decide as a stopgap that I would join the community dental service although I had severe reservations at the time. I worked in a small town in the central belt and treated a selection of patients from across the social spectrum, I was able to see the contrast in their relative oral health from day one.

Where I worked, my neighbour was a GDP who had been serving the community for decades. It was a given that if teeth needed to be extracted (and many did) the expectation was that a GA would be provided, I remember the disbelief from a patients’ mother whom I turned away when she asked for her daughters’ teeth to be extracted as a 21st birthday present. There was equal shock on my part when I had to do a clearance for a 12- year old. This flew in the face of what we had been taught as undergraduates and that coupled with a steady flow of 4 year olds needing numerous extractions (with LA) made me rethink my career. When the oral surgery department called six months later I had decided rather grandly that ‘my community needed me’.

The more teeth I extracted the more I thought that merely shutting the stable door after the horse had bolted was having limited impact on the community’s oral health so I decided to think strategically and was grateful for the opportunity to study community medicine at Edinburgh University and to Prof Philip Sutcliffe for the support he gave to a pretty mediocre student. I still have the cheque that I wrote for the fees and I remember at the time being completely broke, I had just bought my first flat and was still paying off my car and I realised that the most important provisions in life were teabags and soap.

So the MSc set the stage for developing an interest in improving oral health on a big scale and I worked in Fife and Lanarkshire trying to put what I had learned into practice. I remember in both areas being grateful for the vast number of dedicated practitioners across the services who genuinely believed in trying to make a difference. I was aware, however working at health boards level, that my education was lacking in the business areas and was fortunate enough to be given the chance to study an MBA at Heriot Watt university.

As you can imagine the dream job for someone wanting to work strategically is Chief Dental Officer and I took up post in 2007, it has been fascinating working with all the talented people in government and beyond to try to make a difference and it has been a privilege and a pleasure.

I don’t think anyone at this level can claim to make achievements on their own, we are always so dependent on the goodwill and dedication of others, but being able to work with and in some way influence the strategic direction I think has been the most important aspect of my work.

Keep an open mind, do what you believe in, learn from your mistakes and try to make a difference

I remember working with a particular general manager and admiring the way he good naturedly influenced others with a mixture of humour and great talent. Many years later he was in the difficult position of carrying the can for a problem he inherited and I watched on TV as he apologised and thought that was absolutely the right thing to do and what the public would have wanted to hear. It took courage and professionalism.

I have observed many colleagues as they have worked, and have tried to learn from their failures as well as their successes and how they dealt with it. It’s a great advantage to be able to observe how to deal with mistakes for when they inevitably happen to oneself.