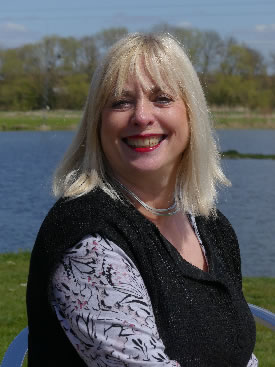 I was born in 1956 in Solihull, Warwickshire, the middle child of three. I disliked school and left at 16 years of age to begin the world of work. I started work at Aston University, as a junior technician on their technician training programme, one of ten trainees. I also began day release and night school and qualified with an Ordinary National Certificate in Medical Laboratory Technology and later a Higher National Certificate in Haematology. Later, I used those qualifications as entry to Birmingham Dental School, not the traditional route, although I was not alone as a mature student with non-traditional entry qualifications that year. I qualified in 1983 and began work as a Clinical Dental Officer in the Community Dental Service (CDS) in Herefordshire and fell on my feet. The Head of the Service proved to be an excellent mentor who helped to guide my career in the early years. In a few years I took a chance and started to work half time for South Warwickshire Primary Care Trust as well as Herefordshire, managing both CDS’s. Re-organisation brought the opportunity to work full time in South Warwickshire and take on general management responsibilities, so I started to manage a Community Hospital along with the community nurses and health visitors whilst managing the CDS and still keeping a small clinical commitment.   After a while I also took on managing a rehabilitation hospital, the learning disability team and the professions allied to medicine. Another re-organisation and a change of Chief Executive gave me the opportunity to take on project management of Y2K (not my finest hour – no problems and missed out on the celebrations!) and the management of our merger with primary care groups, data protection and Caldicott Guardian duties. A while later I began to feel dissatisfied, I felt I was no longer learning, just doing. This led me to take a part time role as Caldicott Guardian with the NHS Information Authority (NHSIA) and I dropped some responsibilities in South Warwickshire. A year later I heard about a new job with the National Clinical Assessment Service (NCAS) a part time dental adviser. I took the leap out of clinical work, left South Warwickshire and worked across NHSIA and NCAS. The first arms length body review abolished the NHSIA and I was made redundant, a novel experience. NCAS became part of the National Patient Safety Agency and I was offered a full time post as Associate Director (Dentistry) for NCAS and I took it. I loved setting up the dental service and working strategically with key national organisations. In 2006 I was appointed as an educational inspector for the GDC and I have thoroughly enjoyed visiting educational establishments as part of the quality assurance of dental education since that time.   The second arms length review in 2010 reduced NCAS’s income by 25 per cent and I and my department were made redundant, not so novel but far more hurtful. I left in 2011 and I haven’t looked back. That year I took up two new posts, the Associate Dean for Health Education Thames Valley and Wessex, and non-executive director of CDS CIC a social enterprise. I also launched as a sole trader (Dentalia) travelling all over the UK for a variety of organisations providing training and privately coaching dental professionals. In 2012 The Dental Coaching Academy was formed by myself and two non-dental colleagues. In 2014 we launched an on-line education centre to provide blended education for dental professionals in the UK and beyond. Since then we have developed and launched two postgraduate qualifications in Coaching and Mentoring with the Chartered Management. In 2016 a colleague and I launched Dental Mentors UK, an on-line director supporting mentors and those looking for a mentor. I have never been busier, nor more fulfilled, I love my career in dentistry and there is so much more I would like to achieve. So much to try, so little time!

Receiving my MBE in 2007 for services to dentistry.

You will have amazing opportunities, grab them, keep faith and your clinical skills will grow.

I used the skills when managing people before I realised it was mentoring – listening, showing empathy, encouraging and sharing my knowledge and experience. I saw it as giving back what had been shared with me. I was fortunate to apply to a Dental School at a time when students from non-traditional backgrounds were welcomed. I was also fortunate to be a student when grants were available. Without those two advantages I would not have been able to be a dental student and become a dentist. Having been fortunate, I’m keen to try to pass that fortune on. Later in my career I have used mentoring in a much more formal way to support and guide dental professionals who have specific issues whether that be making career decisions, working through remediation issues or personal development. I have used mentoring with individual professionals and also with teams.