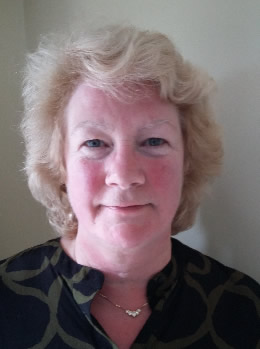 Where and when did you qualify?

Like many teenagers at the time I was not quite sure what I wanted to do when I left school but knew that the science subjects were more appealing to me. Following a dental injury in the gym at school I had to visit my dentist on a regular basis for treatment. I gradually became more curious about dentistry as a possible career and asked my dentist if I could do some shadowing.  I then became hooked. I was always quite creative and had many hobbies where practical skills and attention to detail were required so I felt that this would allow me to use these skills and combine it with a practical career where I would be helping others too.

I loved my undergraduate time at Manchester and qualified in 1981, gaining prizes in Oral Surgery and Paediatric dentistry. After a short spell in General Dental Practice in Cheshire in 1983 I joined the Community Dental Service as a Dental Officer in Southampton and Southwest Hampshire. This allowed me to gain more experience in paediatric dentistry. Shortly after this the service developed to take on adult patients with special needs and my remit gradually expanded to take on more elderly patients and also provide domiciliary care.

My interest in provision of care for elderly people increased and I gained an MSc in Gerodontics in 1989 at The London Hospital Medical College, allowing me to progress to a Senior Dental Officer. Throughout this time I was encouraged by Professor Robin Heath to play a role in the development of the British Society of Gerodontology and undertook a number of different roles including meetings organiser,  membership secretary and treasurer and in 2001-2002 I was proud to be President of the society.

Some two years later I was appointed as Dental Services Manager in Southampton and Southwest Hampshire, later becoming the Clinical Director for the Special Care Dental Service.

In 2011 I was grand parented onto the GDC Specialist list in Special Care Dentistry and in 2013, after a successful tender bid , became the Clinical Director for the whole of Hampshire.

Most memorable achievement in the profession

There are several of which I am proud of which includes being appointed to the Clinical Director post and I was also honoured to be asked to be President of the BSG in 2001.

However, if you were to have asked me what gave me most pleasure in my career outside of my clinical role this would, without any doubt, be being able to encourage, support and see my staff developing and achieving their goals. That is something very special for me.

Look out for opportunities and don’t be afraid to take on new challenges. Always try to do your best.

You will make mistakes so just learn from the experience and try not to make the same mistake twice.

Stella Saunders, Consultant in Dental Public Health who gave me my first job and the support, encouragement and opportunity to reach where I am today.

Robin Heath for his sheer enthusiasm and encouragement whilst undertaking my MSc.

Most of the mentorship that I have received has been on an informal basis however this has been invaluable particularly at times of change, when I was challenged or needed to challenge my own thinking to find alternative options or solutions to a problem.