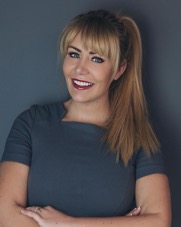 Where did you qualify and when?

I initially qualified in 2003 as one of the youngest Dental Nurses to gain the National Certificate, aged just 17. In 2011, I went on to gain my Dental Therapist qualification from Sheffield university.

I was attracted to the military initially, as coming from a military family I had travelled around with the army during my childhood and felt this would be a good path to follow. I attended the interview stage where I was advised I was medical and science minded. As such, they suggested I consider the dental field, and three weeks later I joined the military to train as a Dental Nurse.

My role has differed over the last six years as I now have my own practice which means not only do I have the day to day dental responsibilities for my patients and their oral health, I also juggle the responsibilities of CQC standards, my staff; their career pathways and growth, business growth and expansion, all on top of working on the growth of my own career. It’s incredibly busy, but I love every minute no matter how stressful some of the days can be.

My dental story began with the military at the age of 16, after I joined the Royal Navy, during which time I was the youngest Dental Nurse to qualify in the National Certificate, gaining a merit. After qualifying, I progressed to working in the Maxillofacial field for two years, where I gained a vast amount of experience in all disciplinaries including ENT, Oncology, Rehabilitation and Orthognathic. By the age of just 21, I had worked as a Practice Supervisor for the military, and then worked my way up to become a Practice Manager at a practice in my hometown of Hull. After this, I made the decision to further my career by attending Sheffield University to study Dental Hygiene and Therapy; from which I graduated in 2011. During 2011, I also began training in Facial Aesthetics, starting with training courses for both anti-wrinkle injections and lip enhancement, both of which I started within two weeks of graduating from university.

I have spent the past eight years running my own wildly successful facial aesthetic business in Hull, as well as teaching facial aesthetics both locally and on a national scale as part of the Whitehills Training Academy, which offers fully CPD accredited training courses to medical and dental professionals looking to further their career.

In 2015, I opened my own practice from scratch which has been both incredibly stressful, and yet hugely rewarding. So far, I have expanded Whitehills three times to cope with the growing demand, although I don’t currently have plans to expand any further. In early 2018, my hard work was recognised on a national scale when I was shortlisted in the British Dental Awards for Dental Therapist of the Year, which I subsequently won. I am unbelievably fortunate to be at this stage in my career by the age of just 32; an award-winning therapist, owning my own five-star clinic which is run with the help of my fantastic team, who go above and beyond every day to make Whitehills the major success that it is.

I think winning National Dental Therapist of the Year (2018) was a huge highlight and achievement for me. I would say that is the one day that stands out achievement-wise, however seeing my practice grow and develop is an ongoing, lifelong achievement and I feel unspeakably proud of my team and my practice for their part in this growth.

Enjoy the process, enjoy learning and be less stressed.

My parents were hardworking. They taught us to work hard and play hard, and I feel this was my initial mentorship to make me want to strive for the best and push forward. Once settled in the field of dentistry, my Senior Dentist Commander John Isles was a huge part of my growth both as a person and in my career. I worked with him every day for two years whilst living away from home and he always believed in me, pushing me to reach my full potential. He is now retired, and yet 16 years later we still correspond, and he attends all my events including my graduation and wedding.

I feel I still have mentors I look up to and seek guidance from myself, and yet I also mentor others now. I feel I mentor all my staff in their personal and professional growth. I have had an enriching sixteen years’ worth of experience in dentistry, and the pathways I have chosen certainly allowed me to open a successful practice and train my team to an excellent standard.